My M/M historical romance, A Little Sin, is now an audiobook! Look for it on Audible here.

My contemporary M/M romance, Zen Alpha, is now an audiobook vibrantly narrated by voice actor, Hugh Bradley! You can buy it on Amazon and Audible. If you subscribe to Audible, you can get it for free. 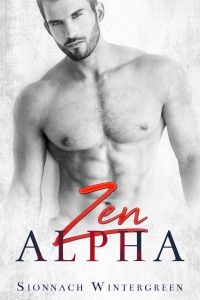 Although ‘alpha’ is in the title, it’s not an Omegaverse story. (No MPREG, no shifters—not that there’s anything wrong with those.) Zen Alpha is a contemporary romantic comedy. I wrote this story shortly after Trump won the U.S. presidential election. I was appalled to hear people around me describe him as ‘strong.’ He’s a chest-thumping, bullying, bellowing idiot. Narcissism isn’t strength. Cruelty isn’t strength. Willful indifference isn’t strength. I don’t know how, or exactly when, Americans started thinking personality defects were virtues, but it makes me sick.

Because a good romantic comedy needs a few teary scenes, Zen Alpha has some drama. But it’s a romance, so, of course, there’s an HEA (happily ever after.) If you hate Trump like I do and want to escape the toxicity of our current age, or if you just love steamy M/M romance, give Zen Alpha a listen. I hope it makes you smile and takes your mind off your problems for a bit. We all need more joy in our lives.

So, I’ve been doing some other things besides wanting to strangle Facebook and WordPress for their horrible lack of support regarding GDPR. (They could really learn a thing or two from MailChimp, who provided tools and easy to follow instructions for their users. I LOVE MailChimp!) But I’ve actually been focused on more than just GDPR. I’m creating an audio book!

Soon, my M/M contemporary romance Zen Alpha will be available as an audio book. I found a wonderful voice actor to narrate it, Hugh Bradley.

This is my first audio book, so I’m really excited! Working with Hugh has been fabulous. If you’re an author looking for someone to narrate your book, you should check him out. He not only has an attractive voice, he has a great sense of timing and seems very versatile.

Zen Alpha should be coming to Audible soon!