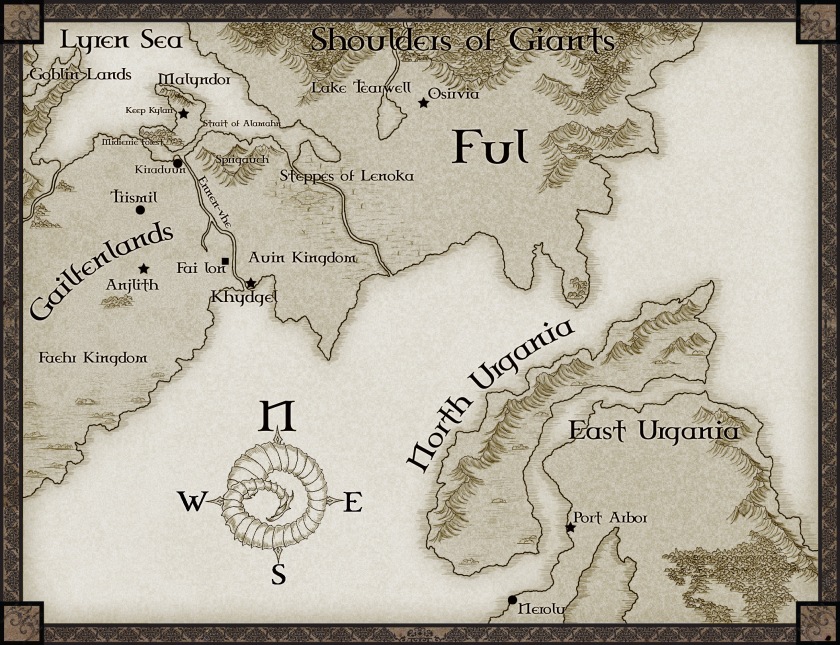 This is a map of the outskirts of Anjlith, where Lycian lives in Under the Shadow: Book Two of the Astralasphere. To the right is the Garden of Lost Heroes, the massive, ancient graveyard where Lycian lives in an empty crypt with Quin and the wolves from Durnineh. (No, Lycian isn’t a vampire. He lives in a crypt because he was hiding from warmancers, and it seemed like a nice place.)

To the left, you can see Anjlith’s city wall. Anjlith is beautiful.

“Many claimed it was the most beautiful city ever built by Gailfendic hands. Long before the time of Gahlad, the great white stones that composed the castle had been mined from Mount Ilyandaire, where Jairra first touched the world, and the tall, elegant towers had been wrought with the skillful craftsmanship of long dead artisans and the magical words of an ancient mageking.”

But shadows fall even in beautiful places. Lycian, who has always held an idealistic view of Anjlith, discovers this truth in this second installment of The Astralsphere Spiral.

This is another beautiful map created by illustrator Oscar Paludi. 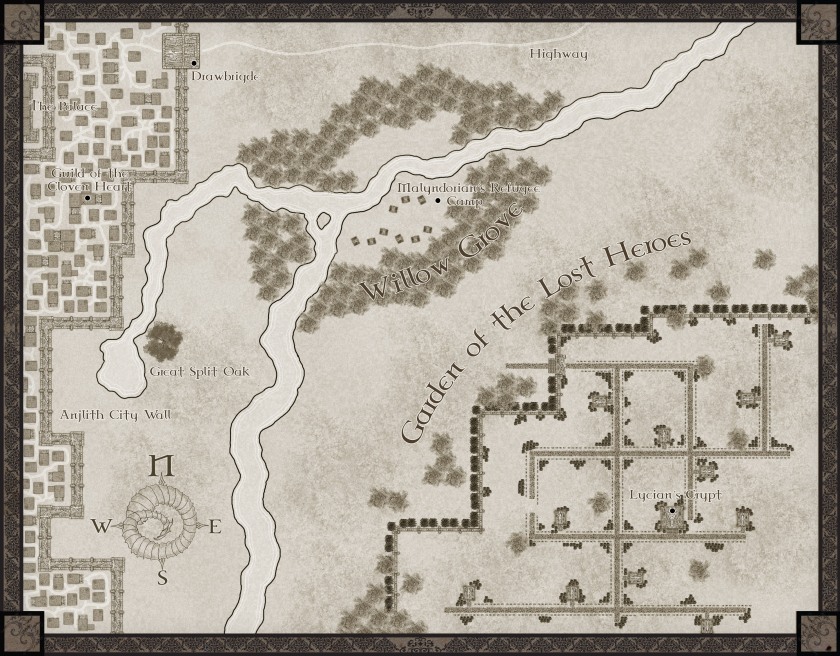 This is a map of the bustling port city of Khydgel, where Mylinka lives in Under the Shadow. Khydgel is ruled by a pirate queen and run by a criminal guild. It’s a fun place!

Many thanks to illustrator Oscar Paludi for the beautiful map.