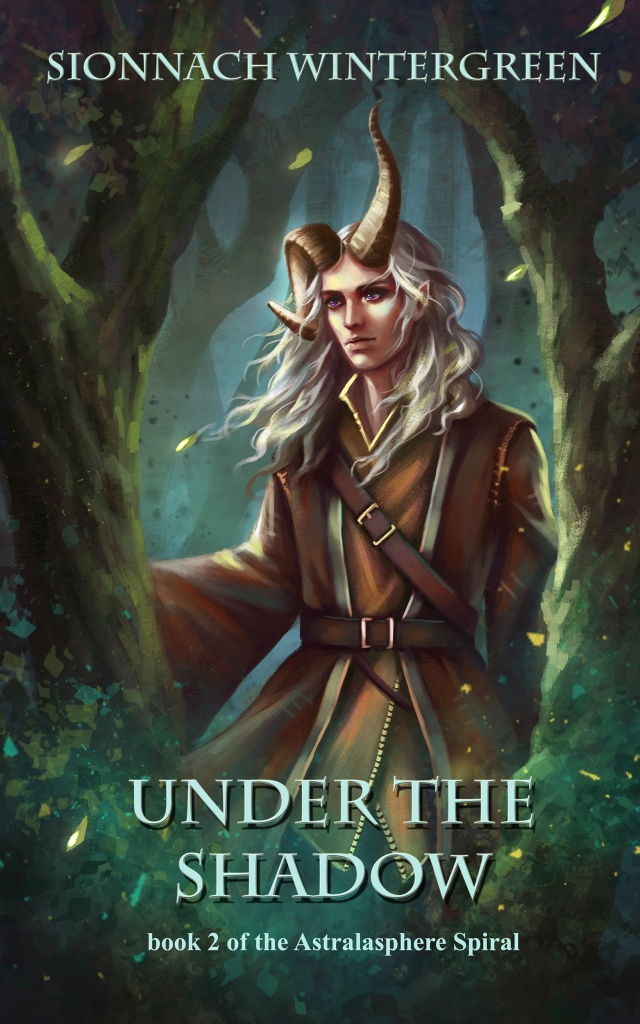 Lycian’s story begins in Another World’s Song: Book One of the Astralasphere Spiral, when he is the young foundling of a mage named Jahern. Although Lycian has an ability for magic, Jahern has decided that he is a wyrm–one born to magic who isn’t allowed to use it because of some curse. Wyrms are often deformed or have some outward manifestation warning of their cursed status. One of Lycian’s horns is crooked. (All Gailfen have horns, but most are symmetrical.) He also has purple eyes. Unfortunately for Lycian, they are considered a bad omen, for the demons locked in the Void also are reported to have purple eyes.

Lycian is far from being a demon, however. He tends to be honest and kind, sometimes to his determent. He loves animals and champions the downtrodden. Always, he tries to look for the good in others.

In Another World’s Song, Lycian became fully aware of his power and began learning how to use it. In Under the Shadow, he must learn how it should not be used. To me, this seemed like an important part of growing up. It’s one of the struggles not just mages, but all young adults, have to face as they come into their own. We all have power, we  have only to face it.

One thought on “Lycian from “Under the Shadow””